To share your memory on the wall of Edward Thomas, sign in using one of the following options:

Provide comfort for the family of Edward Thomas with a meaningful gesture of sympathy.

Print
"I have fought a good fight. I have finished my course, I have kept the faith:" 2 Timothy 4:7

Mr. Edward Thomas, Sr was the son of the late Annie Bell Thomas Smith and the late Hazel Chambers and a special father, the late Harmon Smith... Read More
"I have fought a good fight. I have finished my course, I have kept the faith:" 2 Timothy 4:7

Mr. Edward Thomas, Sr was the son of the late Annie Bell Thomas Smith and the late Hazel Chambers and a special father, the late Harmon Smith, Sr. Edward was born on June 24, 1943 in Bishopville, SC. He attended the public schools in Lee County. He accepted Christ at an early age and joined the Liberty Hill Missionary Baptist Church where he continued to work for the Lord.

Kooter, as he was often called, was a loving father to his only daughter, Vernika (Johnny) Wilson, whom he loved and cherished dearly. He has joined his only son, Edward Thomas, Jr, up in heaven.

He was preceded in death by a son, Edward Thomas, Jr and two sisters, Lillie Bell Gregg and Beulah Hannah.

The management and staff of Square Deal Funeral Home thank the Thomas family for entrusting us with the final rites of Brother Edward Thomas, Sr.
Read Less

We encourage you to share your most beloved memories of Edward here, so that the family and other loved ones can always see it. You can upload cherished photographs, or share your favorite stories, and can even comment on those shared by others.

Posted Apr 20, 2019 at 09:15am
I am so very sorry for your loss of Mr. Thomas. Losing a loved one in death is such a difficult thing to experience. Please be comforted by the promises in the Bible. Jesus tells us at John 5:28, 29 that all those in the memorial tombs will hear his voice and come out. What a loving provision put in place by the God of all comfort so we can have the assured hope of seeing our dead loved ones live again one day.
Comment Share
Share via: 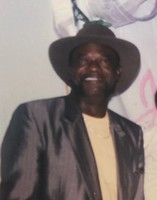