To share your memory on the wall of Ladson Simon, Sr., sign in using one of the following options:

Provide comfort for the family by sending flowers or planting a tree in memory of Ladson Simon, Sr.

The gesture that can change the world

Print
Mr. Ladson Simon, Sr., known to many as Kay, Shorty or "Pop", was born in Lee County to the late Annie Bell Simon Mickens and Jack "Prince" Wilson.

He departed this life on April 22, 2019 at William Jennings Bryan Dorn VA Medical Center in Columbia,SC.

Mr. Simon was educated in the Lee County public schools. He joined the military and served honorably in the Navy during WWII. After coming home from Guam, he enrolled in a brick mason class and mastered his craft under the late William Danneley. His skill as a brick mason can be seen in several Lee County structures, including our own Cousar Memorial, our court house, the monument yard, the Vocational Center, Coker College in Hartsvillle, SC, and numerous homes throughout Bishopville and Hartsville. Mr. Simon passed on his skills of brick masonry and taught many in Bishopville his craft. Many could lay bricks but Mr. Simon was a Master Brick Mason.

He joined Cousar Memorial and served as part of the maintenance and upkeep committee as long as his health permitted. He was cook in the Navy and in later years honed his skills when he took over "Granny's Kitchen".He was a loving partner and became the primary caregiver for his beloved Nora after she suffered a stroke. Mr. Simon was also a carpenter, a plumber, a mechanic, an electrician , a gardener and for those who knew him, a great story teller. He was well known for his love for and collection of Caps and Hats and was never seen without one on his head.

He was preceded in death by his spouse, Nora "Granny" Scott, his parents; his sister, Louise Payne; daughter, Dorothy Scott; and son, Lucious Frierson, Sr.

The management and staff sincerely thank the Simon family for entrusting us with the final rites of their loved one, Mr. Ladson Simon, Sr.
Read Less

To send flowers to the family or plant a tree in memory of Ladson Simon, Sr., please visit our Heartfelt Sympathies Store.

We encourage you to share your most beloved memories of Ladson here, so that the family and other loved ones can always see it. You can upload cherished photographs, or share your favorite stories, and can even comment on those shared by others.

Posted Apr 30, 2019 at 12:55pm
May our Lord Jesus Christ himself and God our Father, who love us and gave everlasting comfort and good hope by means of undeserved kindness, comfort your hearts and make you firm. 2Th 2:16,17 --jw.org

Posted Apr 26, 2019 at 09:02am
I am so sorry to hear about this unfortunate passing. My condolences go out to the entire family. Hopefully, the family will find comfort in the Bible at Revelation 21:4 where it promises that in the future “death will be no more, neither will mourning nor outcry nor pain be any more”. I ask that if you are ever approached by a Jehovah’s Witness, please feel free to express any question you may have about death, so that we may discuss from the Bible the hope that we will see our loved ones again.
Comment Share
Share via:
DB

Posted Apr 24, 2019 at 09:56am
Terry, I send prayers and much love to you and your family in this time of loss. I pray that God keep you and cover you with His great wings of love and comfort and give you peace in the midst of the tears and grief. Lord we shout Your praises, for we know that you can turn the mourning into dancing.
Blessings,
Denise Buchanan
Comment Share
Share via: 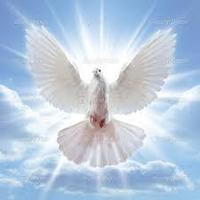