To share your memory on the wall of Curtis Toney, sign in using one of the following options:

Provide comfort for the family of Curtis Toney with a meaningful gesture of sympathy.

Curtis Toney, son of the late Roland Toney and Mary Lee Grant Toney was born October 10, 1962 in New York, New York. He attended the public schools of the Lower East Side (LES) and later relocated to Bishopville, SC where he then graduated from Bishopville High School.

Curtis (Truth) Toney served in the Army National Guard as an auto mechanic. He was a man with a huge personality and on a good day, a man with a big heart. Depending on the day of the week, Curtis was this kind little teddy and on the other hand, he was a big fly buzzing around and about bugging the heck out of whoever would listen. Nevertheless, he was a gentle spirit full of life and laughter and would brighten up your day with that big and LOUD laugh. Curtis was also a philosopher; he would give you a lecture or logic that only he understood. After conversing with Curtis, you were more confused after the conversation than you were before you started, Curtis was hilarious and a lot of fun! Curtis' infamous line was, "I'm CT...CURTIS BLOW...FROM THE LES...YOU DON'T KNOW." Curtis loved life and all it had to offer. He enjoyed hanging out with the family and reminiscing about the 70's and living on the Lower East Side. Curtis was the youngest of nine. We spoiled him rotten and nicknamed him "Boo Boo". Every chance he got, he reminded us that he was the baby! Curtis enjoyed dancing, music, rapping & singing. His favorite gospel song was "I Remember Mama:. Even though he couldn't sing a lick, it never stopped him from trying. Just like "I Remember Mama", Curtis, we will always remember you in a very special way!

Square Deal Funeral Home management and staff would like to thank the Toney family for entrusting us with the final rites of Brother Curtis Toney.
Read Less

We encourage you to share your most beloved memories of Curtis here, so that the family and other loved ones can always see it. You can upload cherished photographs, or share your favorite stories, and can even comment on those shared by others.

Posted May 01, 2019 at 09:48am
When the Lord calls our loved ones home,he leaves a gift of memories in exchange, Hold onto the memories, Your family are in my Prayers . Minister Linda Whitley & Family
Comment Share
Share via:
LB

Posted Apr 30, 2019 at 12:53pm
May our Lord Jesus Christ himself and God our Father, who love us and gave everlasting comfort and good hope by means of undeserved kindness, comfort your hearts and make you firm. 2Th 2:16,17 j--w.org 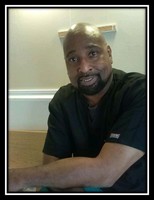