To share your memory on the wall of Dwayne Addison, sign in using one of the following options:

Provide comfort for the family of Dwayne Addison with a meaningful gesture of sympathy.

Print
"Even though I walk through the valley of the shadow of death, I will fear no evil, for you are with me; you are a rod and staff, they will comfort me." Psalm 23:4

The story of Dwayne O'Brien "Opie" Addison began on December 12 1976, wh... Read More
"Even though I walk through the valley of the shadow of death, I will fear no evil, for you are with me; you are a rod and staff, they will comfort me." Psalm 23:4

The story of Dwayne O'Brien "Opie" Addison began on December 12 1976, when he was born in Washington, D.C. to Mr. Albert "Nab" Addison and Brenda Thomas Addison. He was a happy baby who loved to smile, grin and talk. Dwayne moved to Bishopville, S.C. as a toddler and was educated in the Lee County School District. He lived and worked in South Carolina, Missouri, and Georgia. He left a loving mark and caring touch wherever he went and with whomever he met. He presented himself as an humble and multi-faceted person.

Dwayne was a doer: Proclaimed by others and himself, he was a jack-of-all-trades. His multi tents included working in the tire industry, building cabinets, working on cars, building houses, doing plumbing work, working in pest control, operating commercial trucks, and working with heavy equipment as a foreman. The many places touched by his talents consisted of Bishopville Tire Co., UPS, Whitaker's Inc., Tom's, Fulton County Water Plant, Schwann's Food, and Orkin.

Dwayne loved his family: He was the loving husband of Shanic, whom he married June 27, 2012. Whenever he spoke of his wife, you always felt the love and compassion he had for her. He provided for her and cared for her deeply. He loved his children. Anything his children wanted, he gave them. Anything his children wanted to do, he made sure it was done. Any place his children wanted to go, he made sure they got there. Whether he spent time taking them to and from school, taking them to work, traveling in different states, taking them to the park or entertainment events, taking them to car shows, watching movies, cooking together, and helping them with their homework, he made sure each time spent was nothing short of quality time and providing them with life's little lessons from Dad. Quality time and life's lessons continued in the love he showed for his siblings and all of his family and friends. And he loved his mother dearly. In the words of his mother, "He was never a complainer and always willing to help." According to his siblings, they designated him as the "Favorite and Golden Child." Everyone else knew he was a "Momma's Boy," often calling his mother three or four times a day to talk, just because.

Dwayne enjoyed having fun and being a comedian: His favorite pastimes were working on cars, cooking, and trying new recipes. Regular weekends consisted of grilling and barbecuing his famous ribs for family and friends, traveling to family functions near and far. A conversation would never end without you laughing at something Dwayne said or did. He made sure happiness forever remained in the mix of talking, regardless if for one minute or five hours.

Square Deal Funeral Home Management and Staff thank the Addison family for entrusting us with the final rites of their loved one, Brother Dwayne O'Brien Addison.
Read Less

We encourage you to share your most beloved memories of Dwayne here, so that the family and other loved ones can always see it. You can upload cherished photographs, or share your favorite stories, and can even comment on those shared by others. 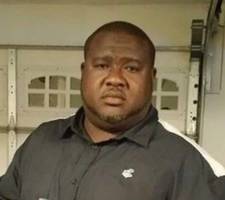