To share your memory on the wall of Walter Baker, Sr., sign in using one of the following options:

Provide comfort for the family by sending flowers or planting a tree in memory of Walter Baker, Sr.

Provide comfort for the family by sending flowers or planting a tree in memory of Walter Baker, Sr.

Print
"My sun has set and it's time for my body to rest. Why cry for a soul set free?"

An angel of God came from heaven to Carolina Pines in Hartsville, South Carolina in the afternoon of December 3, 2019, and gently closed the weary eyes of ... Read More
"My sun has set and it's time for my body to rest. Why cry for a soul set free?"

An angel of God came from heaven to Carolina Pines in Hartsville, South Carolina in the afternoon of December 3, 2019, and gently closed the weary eyes of Mr. Walter Baker, Sr.

Walter, Sr. was joined in holy matrimony to the late Viola Stukes Baker, and to their union, four children were born.

During Walter, Sr's years as a youth , he joined Mechanicsville United Methodist Church.

Walter, Sr. worked for the McCutchen family but was later employed in the Conway area of South Carolina until his unfortunate accident.

Square Deal Funeral Home Management and Staff thank the Baker family for the privilege of entrusting us with the final rites of Brother Walter Baker, Sr.
Read Less

To send flowers to the family or plant a tree in memory of Walter Baker, Sr., please visit our Heartfelt Sympathies Store.

We encourage you to share your most beloved memories of Walter here, so that the family and other loved ones can always see it. You can upload cherished photographs, or share your favorite stories, and can even comment on those shared by others. 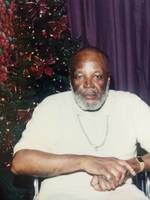