To share your memory on the wall of Roosevelt Slater, sign in using one of the following options:

Mr. Roosevelt Slater was born in Lee County on January 31, 1947 to the late Wilson and Ellnora Spann Slater. On Monday afternoon, March 16, 2020, at Faith Nursing Center, the angel of death came for Roosevelt and carried him home to the other side.

Those who shared the joy and sorrows of life with and survived to cherish the loving memories are: two brothers, Warren and Richard Slater of Coatesville, PA; one sister, Ernestine (William) Stephens of Lamar, SC; grandchildren, Juawawn of Pennsylvania, Jamaca, Tasheena, Quentin, Tionne, Tyvionna and Tiji of Bishopville, SC; and Honesty and Destiny of Sumter, SC; two great grandchildren, Kyrie and Macie of Bishopville, SC.

In addition to his parents, he was preceded in death by three brothers, Wilson, Jr., Albert and James Slater; and one sister, Helen.
Read Less

To send flowers to the family or plant a tree in memory of Roosevelt Slater, please visit our Heartfelt Sympathies Store.

We encourage you to share your most beloved memories of Roosevelt here, so that the family and other loved ones can always see it. You can upload cherished photographs, or share your favorite stories, and can even comment on those shared by others. 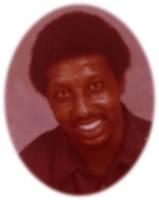