To share your memory on the wall of Leola Wilson, sign in using one of the following options:

Provide comfort for the family of Leola Wilson with a meaningful gesture of sympathy.

"We are confident, I say, and will rather to be absent from the body, and to be present with the Lord.
2 Corinthians 5:8

"We are confident, I say, and will rather to be absent from the body, and to be present with the Lord.
2 Corinthians 5:8

A Time to be Born..
Sister Leola Wilson was born Thursday, March 4, 1920 in Lee County, to the late Jessie "Jeff" Rouse and Mary Ella Wilson.

A Time to Live..
At an early age, Sister Leola joined New Zion African Methodist Episcopal Church where she served faithfully until she became ill. She attended the public schools of Lee County, and later married Mr. Ivory "He" Wilson.

A Time to Die..
On Saturday, March 21, 2020, Sister Leola slept away peacefully at her residence with her daughter at her side.

A Time to Mourn..
Sister Leola Wilson leaves to cherish her loving memories: her loving and devoted daughter of the home, Ann
and her daughter Ella of Lynchburg, South Carolina; three sons, Toney, Ivory (Verethid), and Jessie (Wanda), all of Baltimore, Maryland; a host of grandchildren, great grandchildren, nieces, nephews, and other relatives and friends.

To send flowers to the family or plant a tree in memory of Leola Wilson, please visit our Heartfelt Sympathies Store.

We encourage you to share your most beloved memories of Leola here, so that the family and other loved ones can always see it. You can upload cherished photographs, or share your favorite stories, and can even comment on those shared by others. 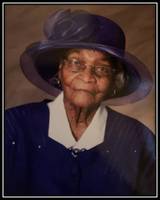