To share your memory on the wall of David Addison, sign in using one of the following options:

David, the youngest son of Henry Sr. and Mabel Melton Addison, was born in Bishopville, South Carolina on April 11, 1945. He was educated in the public schools of Lee County, and after graduation served his country in the United States Air Force. He later furthered his education at Florence-Darlington Technical College. For over 40 years, he served the community as a Professional Barber (Addison Barber Shop and as a businessman (Addison Beauty and Barber Supply, and Addison Salon). He also used his many talents in various businesses, such as repairing electronic devices (e.g., televisions) and woodcrafting.

After his military service, he returned home to Bishopville to make a home for his family. He was an active member of the Lee County Democratic Party and worked tirelessly to ensure that the priorities of local officials reflected the interests of his community. In 1998, David was elected to the Lee County Council, representing District 3, which he served with dedication for 22 years. His service to the county as a councilman resulted in the development of public transportation, improvements in parks and recreation (e.g. Chappell Park and other parks across the county), and additional funding for the restoration of Ashwood Gym, among many other notable achievements. He represented Lee County on the Santee Wateree Regional Transportation Authority (SWRTA) and Santee-Lynches Regional Council of Government, and worked diligently on many other committees.

While quiet by nature, his love for God and others was evident in his teaching and the life he lived. He enjoyed talking with others, often for hours at a time, about his love for the Lord. It was always his heart's desire that everyone live their lives for the Lord. No matter the setting; in the barbershop, in the community, in church or at home, he made sure that everyone he encountered had an opportunity to know the Lord and experience His pardon for their sin.

He was preceded in death by this parents, two sisters: Rosa Lee (James) Evans, and Azalee Morgan; and one brother Robert (Willie Mae) Addison.
Read Less

To send flowers to the family or plant a tree in memory of David Addison, please visit our Heartfelt Sympathies Store.

There are no events scheduled. You can still show your support by sending flowers directly to the family, or planting a memorial tree in memory of David Addison.
Visit the Heartfelt Sympathies Store

We encourage you to share your most beloved memories of David here, so that the family and other loved ones can always see it. You can upload cherished photographs, or share your favorite stories, and can even comment on those shared by others. 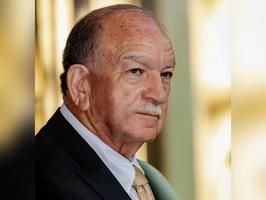